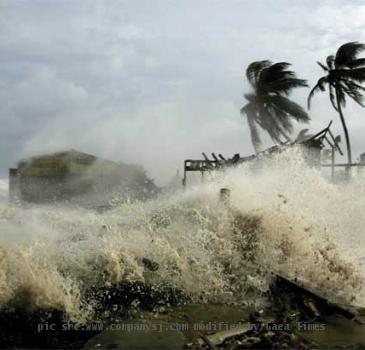 BELIZE (GaeaTimes.com) — The officials of Belize has forced a hurricane watch for it’s coastal areas as the depression which was formed over the south-central Caribbean Sea has taken the shape of Tropical Storm Matthew. It is assumed that the storm will hit Belize this weekend.

According to National Hurricane Center (NHC) at Miami, Matthew is moving with a sustained wind speed of 50 miles per hour and is on it’s way to east coast of Honduras before hitting Belize as a hurricane on early Sunday.

Matthew is forecast to make landfall near the Nicaragua-Honduras border by early tomorrow.