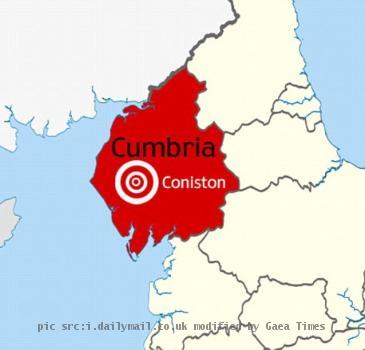 The British Geological Survey reported that the earthquake took place before 11 pm and it was centered on Coniston in the Lake District. The Fire and Rescue service of Cumbria reported that they received around hundreds of calls about the earthquake but no damage has been reported. However, the residents recalled the incident as a big tremor which took place for a short time. One of the citizens recalled that he was watching television when he could feel that the earth below him was moving. Cumbria Fire and Rescue Service also confirmed about the earthquake and said that they also felt it in Cockermouth. Moreover, they said in their announcement that they have not received any complains from people and no structural damage or injury has been reported.

US Geological Society’s geophysicist, Susan Potter said that six earthquakes have been recorded within the area of 50 km of the latest earthquake in last 40 years. The geophysicist also added that two of those were of magnitude 3.7 in 1988 and 2009. Susan Potter said that the region of Cumbria has the history of earthquake of the same magnitude in the past as well. On the other hand, British Geological Survey predicted that Coniston and Cumbria regions are prone to earthquake this year.

BEIJING/TAIPEI - An earthquake measuring 5.6 on the Richter scale struck off the eastern coast of Ta...

LONDON - Scientists have developed a bacteria that can cement cracks in concrete structures by produ...

ISLAMABAD - A string of natural disasters, including floods and earthquakes, have left over 3.3 mill...

LONDON - A new study has shown that the eruption of Icelandic volcano Eyjafjallajokull was preceded ...

WASHINGTON - A new research has found that the Limon and Pedro Miguel faults in Central Panama have ...

Ashes 2010: England could face cracker of a pitch at the WACA again

PERTH - There are signs that the WACA may be on the verge of regaining the pace that made it the mos...