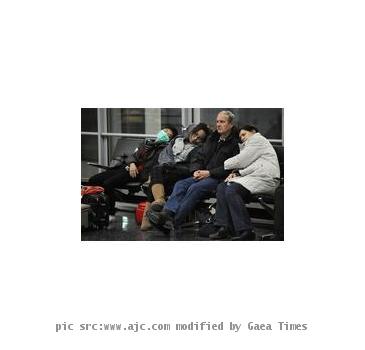 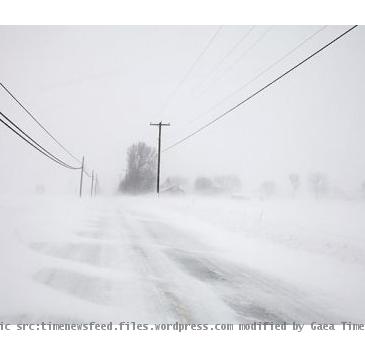 CHICAGO (GaeaTimes.com)- More than 1,200 flights were canceled on Sunday at Chicago O’Hare International Airport and about 250 fights of Chicago’s Midway International Airport were canceled on Sunday owing to terrible weather conditions. The Chicago Department of Aviation announced that more flights were expected to be canceled throughout the day if the weather condition does not become stable. However, the airport officials have provided 200 cots after the passengers requested them.

O’Hare International Airport officials have also refunded the tickets to the passengers who failed to board the plane owing to the cancellation. Mary Frances Fagan, a spokesperson of an international airport said that the terrible winter storm has caused havoc with air travel through Midwest. She said that thousands of flights were canceled for safety reasons. The snow storm has affected areas like Minnesota, Ohio, Iowa, Michigan, North and South Dakota, Missouri, Wisconsin and Illinois. The windy situation has caused problems in many Chicago roads as well. Highways, taxiways and also subways were closed owing to snowfall.

The local media reported that the staffs of O’Hare International Airport are working with the snow removing equipments to clean the streets, taxiways, runways for the safety reasons. The National Weather Department announced that the weather condition is likely to remain the same till Monday midnight. The media outlets have reported many crashes and accidents and the storm reportedly claimed six lives in various parts of United States. The National Weather Service has announced that the storm has now moved to Canada. However, there will still be snowfall in Michigan, Pennsylvania, New York and northern Indiana. On Sunday, the rooftop if Metrodome stadium collapsed as it could not take the weight and pressure of heavy snowfall.

Remarks by the President at Reception for Alexi Giannoulias

Edge of Darkness: Mel Gibson back in form Rating: 3 out of 5* Starring: Mel Gibson, Ray Winstone, ...
Copyright© 2010 The Gaea Times