Dead Birds And Fish In Arkansas: Autopsy Results Out 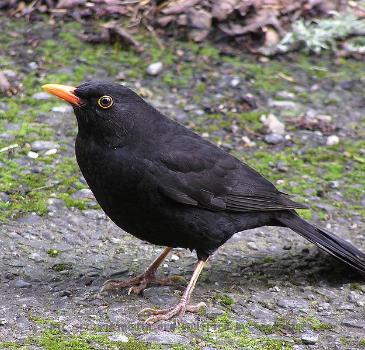 BEEBE (GaeaTimes.com)- The mystery over the death of the dead birds and fish in Arkansas is going to be resolved soon as the autopsy reports have poured in. A lot of speculations regarding the cause of the death of several thousand blackbirds were doing the round so far. The residents of Beebe were shocked and amazed to see loads of dead and half dead birds dropping from sky on new year eve. The ornithologists and scientists were not sure about the cause of the death of such a huge number of birds initially. However, the toxicology reports indicate that they were not poisoned. Close to 5000 birds were found dead at the end. The streets, households and buildings in Beebe were littered with the birds on New Year eve.

The dead birds were sent for testing and 65 samples were found to contain no toxic material. One more theory that is still being probed is whether the birds were traumatized by a lightning bolt which could have sent them dashing to the ground. The autopsy results state that blunt force trauma was the cause of their death. The birds were hit by the trauma midair and when they had hit the ground they were already dead. The fact that the red winged blackbirds fly closely also indicates they could have met with a large midair collision which had led to the mass death. Meanwhile the cause of the death of fish in Arkansas river is thought to be a pollutant.

The autopsy reports of the dead blackbirds in Arkansas also state that the birds suffered injury to their breasts and internal haemorrhage. The fish and bird death have been caused by separate reasons.

Taliban leader in secret Afghan talks was an impostor: Report

KABUL - The secret talks between the Afghanistan government and the Taliban to end the conflict in t...

BRISBANE - England off-spinner Graeme Swann has said that he is absolutely clear and deadly s...

WASHINGTON - Researchers from University of Missouri have developed a new test for salmonella in pou...

Buffy the Vampire Slayer to be turned into a movie

SYDNEY - Famous American TV series 'Buffy the Vampire Slayer' is set to be turned into a new Hol...

LONDON - The husband of the Indian-origin woman who was killed while honeymooning in South Africa af...
Copyright© 2011 The Gaea Times