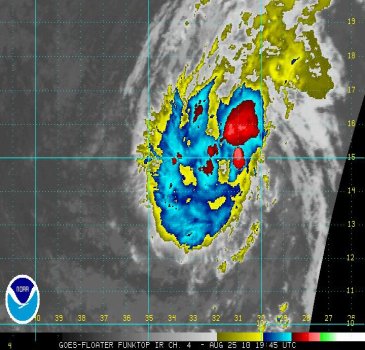 WASHINGTON (GaeaTimes.com) — Tropical Storm Earl has formed in the North Atlantic on Wednesday. Earl is reported to get intensified within next couple of days. It is supposed to follow the track of Hurricane Danielle posing a threat to Bermuda.

Earl is having a speed of 40mph and its direction is traced towards west before moving to the north. The wind velocity will be strengthening within a few days and is predicted to reach the status of Hurricane. It is assumed to intensify into Category 2 storm before reaching Bermuda.

By the middle of the next week we can expect that Bermuda will face quite heavy punches due to Earl. Tropical Earl Storm Earl is the fifth tropical storm in the Atlantic basin for the 2010 season.