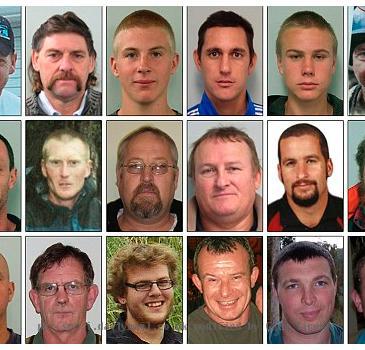 more images
GREYMOUTH, NEW ZEALAND (GaeaTimes.com)- The rescue operation to bring 29 miners trapped in a mine in New Zealand to safety following a massive explosion, suffered a major setback on Tuesday when the a rescue robot broke down in the tunnel. The whereabouts of the 29 mine workers continues to remain unknown since Friday’s blast which is believed to have been triggered owing to a build-up of gases. As relatives of the trapped miners are hoping against hope the workers are safe, rescuers have failed to launch an extensive search operation as poisonous and explosive gases are still present inside the underground tunnels.

Although the rescue team are trying their best to ensure that the trapped workers are brought to safety, officials have reiterated that chances of the rescuing the miners is getting bleak with every passing hour. After the breakdown of the first rescue robot, a second one arrived at the scene of the explosion on Tuesday while New Zealand officials are trying to get more rescue robots to provide an impetus to the rescue operation. While talking to reporters on Tuesday, police superintendent Gary Knowles who is supervising the rescue operation said that toxicity inside the tunnels continues to remain immensely high due to which sending the rescue teams directly in the mines is next to impossible.

The workers were deep inside the Pike River mine on Friday when the explosion took place. Although two miners came out of the New Zealand mine through a tunnel following the blast, there is still no news from, the rest of the 29 workers who are between the age group of 17-60.