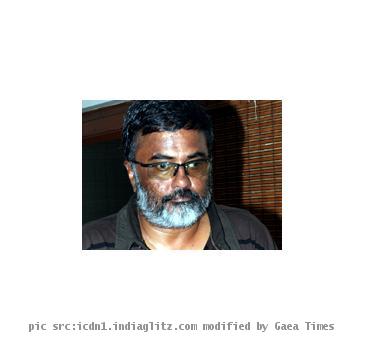 CHENNAI, INDIA (GaeaTimes.com)- National award winning cinematographer P.C. Sreeram’s daughter Swetha Sreeram lost her life when she fell from an apartment building during the early hours of Sunday. Although the 24-year-old girl who was a software engineer by profession, was rushed to a hospital without any delay, she was declared brought dead. Police authorities have stated that the serious injuries that she sustained due to the fall from the fourth floor of the apartment lead to the unfortunate demise of P.C. Sreeram’s daughter.

While revealing details of the incident, police authorities have said that the incident took place at the house of one of Swetha Sreeram’s friends where she had gone to attend a Diwali party. An investigating officer has divulged to the media that on Saturday the 24-year-old software engineer went out to have dinner with some friends. Later, the group went to one of the friend’s houses in Landon Road in Kilpauk where they were all chatting until the wee hours of Sunday morning. However, soon the party took a drastic turn when Shweta Sreeram walked towards the balcony at the fourth floor of the building and fell down.

After preliminary investigation was conducted, police authorities have ruled out any foul play into the accidental death of Swetha Sreeram. Following the unfortunate demise of the 24-year-old, her mortal remains were kept at the Sreeram residence in Chennai on Sunday and a number prominent personalities from the entertainment fraternity came by to offer their condolences to P.C. Sreeram. Swetha Sreeram had completed her B.Tech few years ago and was working with firm in Chennai.

The Makdee Girl is All Grown Up

September 30, 2010 (Sampurn Wire): As a child artist Swetha Basu Prasad won a lot of accolades for...

Brothers Prithviraj And Indrajith Unite Again In City Of God

Mammooty and his films shine at Kerala film awards