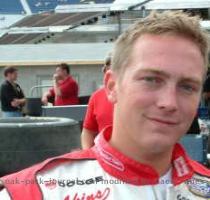 TERRE HAUTE (GaeaTimes.com)- The web was abuzz with the news of USAC driver Shane Hmiel sustaining critical injuries due to a crash on the Terre Haute Action Track on October 10. The USAC has said that further details on the condition of the former NASCAR racer will be available later on Sunday and the latest reports suggest that he is in a stable condition. His father revealed to the media later in the day that his head looks promising though it is heavily sedated. He explained that the sedation will not allow him to wake up soon. The racer’s father also added that Shane Hmiel could not feel his legs but it was expected to get better.

The video of the crash shows that Shane Hmiel lost control over the car between turns three and four and then his car went on two wheels. Soon, he lost control and banged into the wall. The roll cage could not take the impact force of the crash that happened at quite a high speed and thus crumbled. Some of the onlookers have revealed that Shane Hmiel was unresponsive at the scene of the accident. He was immediately airlifted to the Indianapolis Methodist Hospital nearby, where he was admitted to the ICU.

USAC President and CEO Kevin Miller said after the Shane Hmiel crash that his support and resources goes out to the family of the racer at the time of the recovery. Shane Hmiel made a comeback into the world of racing in the USAC recently after being suspended for life from NASCAR in 2005 when he failed three drug tests.