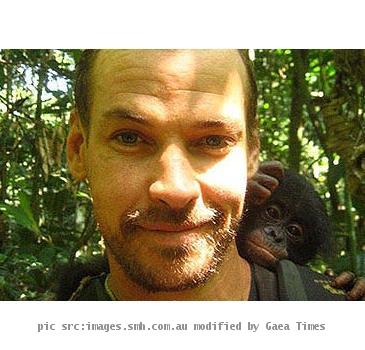 JOHANNESBURG, SOUTH AFRICA (GaeaTimes.com)- Hendrik Coetzee, a highly-acclaimed outdoorsmen is presumed to be dead after he was involved in a tragic incident on the Lukuga River where he was dragged into the water by a crocodile after it attacked his kayak. The incident took place on Tuesday when the 35-year-old whitewater guide was leading an expedition involving two American kayakars from the source of the White Nile into the epi-center of the Democratic Republic of Congo.

This was an experience that the two Americans, Ben Stookesberry and Chris Korbulic would never forget in this lifetime as they watched in utter horror when the crocodile attacked their kayak on Tuesday morning and before they could even understand what was happening, their guide Hendrik Coetzee was pulled into the waters by the creature. However, they were able to escape from the scene of the attack as they paddled along the Lukuga River to safety. The two American kayakers were transported to a nearby town in Congo following the incident by The International Rescue Committee, which organizes the development projects in the Central parts of Africa.

On Thursday, Ciaran Donnelly who is the regional director of the organization told journalist that Hendrik Coetzee is presumed to be dead but his body has not been found as yet. While talking about the two Americans who were with the noted South African whitewater guide during the incident, Ciaran Donnelly went on to say that they are ‘physically unharmed but shaken up by the incident.’ The part of Lukuga Rover where Tuesday’s incident took place is known to9 be notoriously dangerous owing to the presence of crocodiles and hippos.

'Vuvuzela Day' honors Bafana ahead of 1st matchJOHANNESBURG — The deafening din of the vuvuzela fi...

Some euro applicants in less of a hurry nowBUDAPEST, Hungary â Joining the European Union's...

A look at leaders coming to Poland's state funeral A look at the world leaders wh...

Readout of the President's Dinner with Central and Eastern European Leaders

The President hosted leaders from eleven Central and Eastern European countries for dinner tonight i...