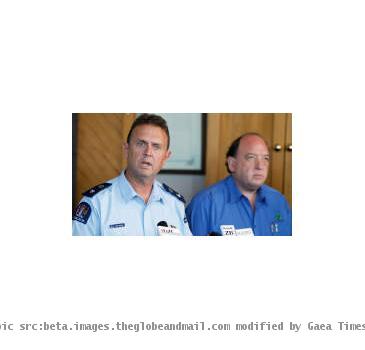 PIKE RIVER, NEW ZEALAND (GaeaTimes.com)- The New Zealand mine explosion is hogging the limelight now and the tragedy has kept the government on tenterhooks. The latest update is that a second blast at the ill fated Pike River mine has made the hopes of bringing the trapped miners back void. The second explosion is said to be more severe than the first one and it can be expected that none of the miners are alive. The experts are of the opinion that the sophomore blast at the mine has been triggered by the accumulation of methane in the last few days. The mine chief, Peter Whittall is naturally disturbed and he attended a press conference where he admitted that the chances of survival of the miners is almost zero. He said “While we were hopeful that we could get some men out of the mine, it was realistic that many of them would never have come out alive.”

The PM of New Zealand John Key said that the disaster should be called a national tragedy. The 29 miners who are supposedly died in the mine explosion included two Britons as it has been reported. The first blast took place on Friday evening underground but then the cops said that the miners could be brought back to safety. The news of the powerful second explosion has come as a stunning blow for the relative of those trapped miners as one can understand.

The relatives of the miners who possibly died in the New Zealand mine explosion broke out in tears after the second explosion. The mine chief has said that he would make arrangements to get the bodies back from the mine.