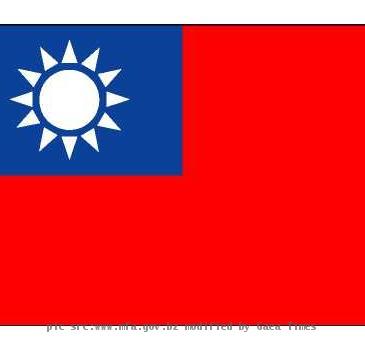 GUATEMALA CITY, GUATEMALA (GaeaTimes.com)- The natural calamities which have taken a heavy toll upon the state of Guatemala has moved Taiwan. Reportedly, the Ministry Of Foreign Affairs told the media in a recent meet that the Taiwan Government has declared that it shall offer any and all kinds of aid towards Guatemala.

The tropical storm “Agatha” led to severe mudslides in Guatemala which took the lives of 12 people that included four children. Primary reports have indicated that the central and the southern parts of Guatemala were the most affected ones. As a matter of fact, Guatemala has witnessed a series of disasters since the last month after the Pacaya Volcano eruption forced many Guatemala residents vacate their houses. The President of Guatemala Alvaro Colom Caballeros had already declared a state of emergency in the main region of Escuintla. Following the volcanic eruption, the flight services from Guatemala has also been stopped.

James Chang who happens to be deputy spokesman for the Ministry Of Foreign Affairs told the media that the Taiwan Embassy at Guatemala has offered their hand of help towards the people in distress. As soon as the the government of Guatemala gives a green signal, Taipei shall arrange for all the emergency services. The Ministry Of Foreign Affairs also said that the Taiwanese visitors has been asked to stay off Guatemala if there isn’t any urgent need. The Guatemala residents have been asked to stay back in their houses and should refrain from moving out other than emergency situations. The frequent travelers are to run a check on the flight status as because the Guatemala City Airport has been cleared following the volcanic eruptions.

Over 100 trafficked people rescued in Mexico

Nevada (US), Oct 26: School violence costs India annually US 7.42 billion dollars, according to a r...

WASHINGTON - Twelve historic sites around the world have been identified to be at risk of irreparabl...

3 men gunned down at Mexican hospital

US decides not to participate in Guatemala's adoption program, says corruption still concern

Alex Morgan scores late to save 1-1 tie for US vs. China in exhibition

Morgan scores to save 1-1 tie for US vs. ChinaCHESTER, Pa. ? Alex Morgan scored her first internatio...
Copyright© 2010 The Gaea Times