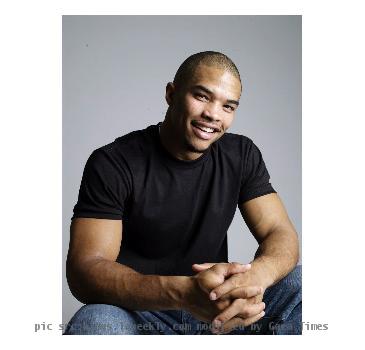 PLAYA VISTA (GaeaTimes.com)- A young model who used to be a MTSU football player earlier, was shot by a LAPD officer in Playa Vista region near his condo and he succumbed to his death yesterday. The sad incident took place on Friday morning and the death of the 25-year-old Reggie Doucet has left the media questioning the role of the cops involved in the fiasco. According to the available reports, the young model got involved in a heated argument with a cabdriver in the wee hours of the morning on Friday which made the neighbors inform the police. The cops, reportedly, tried to make him see reason when he was running nude in the area. They said that he did not listen to their pleas and tried to snatch their guns. The man even hit the two cops who tried to subdue him. It was then that one of the cops shot him with his gun which wounded him fatally.

The account of the cops about the shooting and subsequent death of Reggie Doucet may sound nothing unusual to people but the friends and neighbors of the former player are almost convinced there is something amiss in the entire incident. The gunshots possibly killed him before he could be taken to hospital. However, an autopsy would be performed on him.

Chris Ellison, a friend and neighbor of dead former player, Reggie Doucet said that it was surprising that the cops shot him even though he did not have any gun or weapon with him. He described his friend as a promising young man who was planning to move ahead in his life. He said “Maybe he was belligerent, I don’t know, but I have never seen him drunk. Never.”

Can NFL Least teams make the most out of non-division games Sunday?

Can NFL Least turn it around?Things could start getting sorted out in the NFC Least, uh, East, this ...

Child who survived attack that killed 6 in Memphis, Tenn. testifies against uncle at trial

A Pick Six of NFL game-changing playsTalk about close calls. The NFL season is all of a month old, a...

Saints CB Tracy Porter out 3-4 weeks after knee surgery, reserve S Reis out for the season

Porter has surgery, expected to miss 3-4 weeksMETAIRIE, La. — Another player who contributed to th...