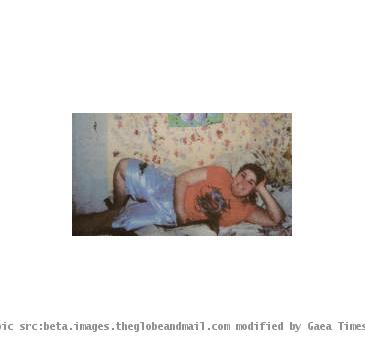 KITCHENER, CANADA (GaeaTimes.com)- Ashley Smith’s death was an accident and not a suicide, according to a report by psychologist Dr. Margo Rivera who was employed by the Correctional Service of Canada as the part of an inquiry board to shed some light into the cause of the death of the 19-year-old girl. In the last few months of her life, the teenager had been shifted to as many as 17 institutions where she spent days in complete isolation. In the month of October, 2007, Ashley Smith strangled herself with a piece of cloth at the Grand Valley Institute for Women, which is a federal prison in the city of Kitchener in Ontario. The teenager was solitary confinement and on a suicide watch behind bars.

Details of the report by psychologist Dr. Margo Rivera came to light after it was obtained by the attorneys of the Smith family following a lawsuit that they filed against the Correctional Service of Canada. It has been reported that Ashley Smith’s family intends to introduce parts of the report during Monday’s proceedings which would lead to the coroner’s inquest into her unnatural death. The Smith family claims that the fact that the guards stood watching as the teenager strangled herself with a piece of cloth was part of an official directive that they had to abide by.

The psychologist’s report that was retained by the Correctional Service of Canada stated that Ashley Smith died due to an accident and it seems unlikely that the teenager took her own life. The report went on to say the teen’s behavior was nothing but a desperate attempt to seek attention in the dark prison environment.